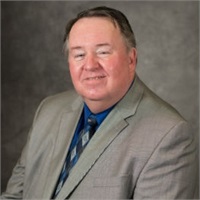 Steve is a second-generation insurance agent, following his father's chosen profession. During the 1970's and 1980's, his family owned an insurance agency where Steve helped with all tasks, beginning in junior high when he typed direct mail postcards, and later graduated to handling insurance change requests, policy quoting, and claims reporting during high school and while on college breaks. Steve has an Associates’ Degree in Insurance from Mohawk Valley Community College and a Bachelors' Degree in Insurance and Risk Management from Syracuse University. Steve has worked as an Insurance Agent in several insurance agencies and has been a Commercial and Personal Lines Broker at Eastern Shore Associates since 2002. Steve has a general business insurance clientele, with a specialty in farm insurance that started back in 1991 and has grown to over fifty commercial and hobby farms.